The roof project is well underway.  The chimney's have been reconstructed and work is proceeding on the dormers.  The next step in the restoration is to continue to restore the exterior.  Masonry work and replacement windows and doors are needed.  The Town secured a $50,000 State matching grant so every dollar generated from individuals, families and business will help us get more work completed.  Please consider donating today. 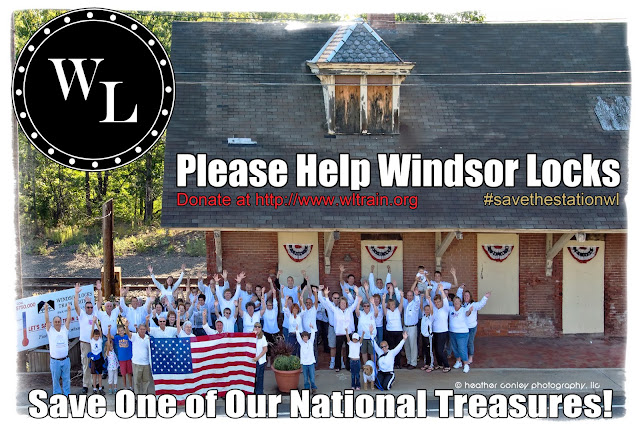 This week the Federal Rail Administration (FRA) cleared the way for New England states and the federal government to invest in future passenger rail service in New England. FRA found that no significant environmental impacts would result from adding more frequent and higher speed intercity passenger rail service, in large part due to the use of existing operating rail lines within existing rights-of-way. Read more about the Northern New England Intercity Rail Initiative planning effort which includes the NHHS rail line that led to this finding at: http://www.massdot.state.ma.us/northernnewen…/Documents.aspx
Posted by EIDC at Saturday, July 23, 2016 No comments: 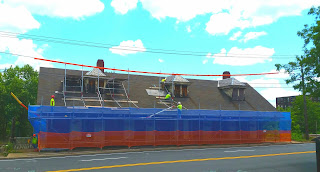 Governor Dannel P. Malloy announced today that $5.75 million approved this morning by the State Bond Commission will be used to advance design plans and address environmental issues for new railroad stations on the New Haven-Hartford-Springfield Line (NHHS) and the New Haven Line. The funding will be combined with another $4 million in previously approved funding.
Now branded as the “Hartford Line,” the new NHHS line stations will be in Enfield, West Hartford, Newington and North Haven. Also included are enhancements to existing stations in Windsor Locks and Windsor, and a location study for a future Hamden station. On the New Haven Line, new stations will be added in Orange and Bridgeport (to be known as Barnum Station, a second station in the Park City), plus enhancements to the existing Merritt Seven Station on the Danbury Branch of the New Haven Line.
“Creating a commuter rail line along the I-91 corridor is part of our transformative transportation vision for Connecticut,” Governor Malloy said. “This bond authorization will give this important project needed momentum. Completing environmental work and design is what will propel the projects toward reality. This $365 million project will improve the quality of intercity service along the corridor and enhance regional rail connections.”
Read the complete January 12, 2015 press release.
Posted by EIDC at Tuesday, April 07, 2015 1 comment:

Note from Donors to the Train Station Project

Ellen Woods gave me your email address.  We have been friends since college days.
Louie and I had sent a  $200 check for the restoration project in memory of Daniel E. Woods.   Looking at an old article, I used the WLHistorical Society address to send the check.  It bounced back due to the project taking so long to move forward.  Louie probed around and found another avenue for the check, since I knew Amtrak had finally gotten off the dime and the project was alive again.  He was told to send the check to the Town of Windsor Locks with Train Station restoration in the Memo line.
Dan was Ellen’s husband he passed away about 3 years ago.  He was an engineer and had worked a Dominion (previously Northeast Utilities) in Waterford before he retired.  Previously worked at Scan Optics and Hamilton Standard right out of college.  Went to MIT and Uconn.  Ellen and Dan were married for over 40 years and have one daughter Katie, who’s a doctor.  He loved trains and loved going to Wright’s Chicken Farm in RI.  Quiet guy with a good sense of humor.
We had originally sent a memorial contribution to Bristol High school for a scholarship in Dan’s name.  NO ONE applied for the scholarship money!!!  Ellen and Katie closed the fund and returned all the checks.  Upon reflecting, I thought about the Windsor Locks train station.  I knew Dan loved trains and the fact that Ellen was from Windsor Locks, that was icing on the cake.  So, I mentioned the idea to Ellen and she was thrilled.  I think she said “That a great idea as Dan loved trains and Jimmy will be so happy”!!
Ellen thought you’d appreciate knowing this.  Good luck on the project.  It’s a great one!!
Kathy and Louie Chiappetta
15 Bayberry Trail
South Windsor, CT 06074
Posted by EIDC at Tuesday, April 07, 2015 No comments: 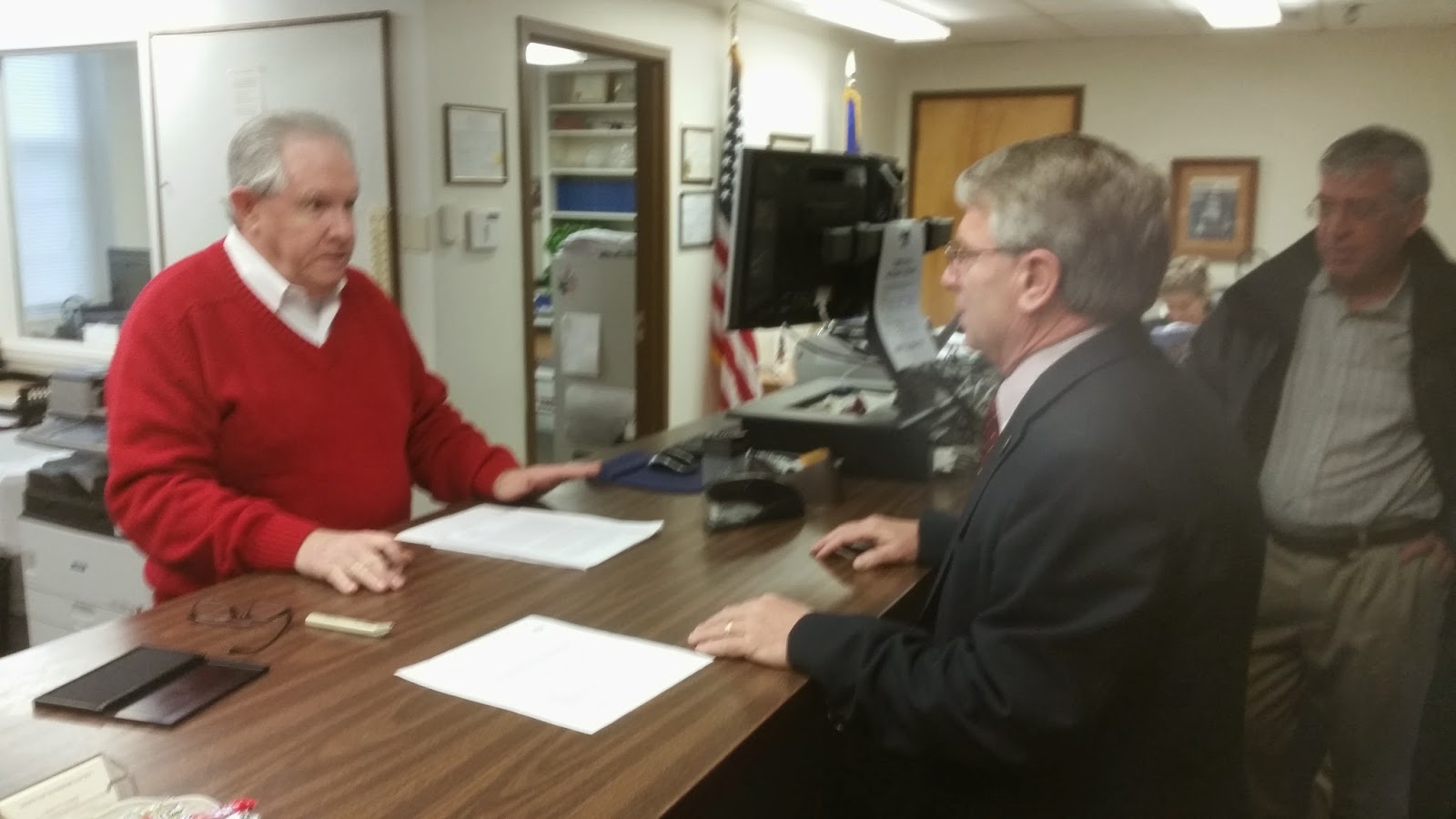 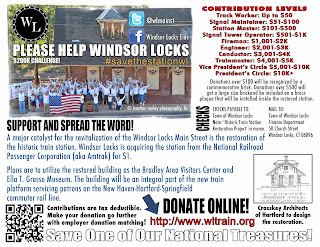